Sad news...Patrick was put to sleep today. He had lost half his body weight (and he did not have hypothryroid), his kidneys were failing, he was severely dehydrated and he could not maintain his body temperature (his temp at the vet was 94° - normal for a cat is 101.5°). He also had a dark area on his lungs in an X-ray, and there may have been other things going on as well, but they stopped running tests on him.

My mom will send me his ashes, when they come, as well as his paperwork and his collar. I'd just sent him one of his original toys that came with him when I adopted him for his birthday...It's hard to be sad when he had such a long life, and he was fairly healthy until just this past week, so he didn't suffer at all.

I am just so happy that we went to see him this year. We went to see him as much as my mom, and we actually lay down on the floor next to his slumber ball and napped with him...seemed kind of silly at the time to nap with a cat...but it was nice.

I am thinking to get him an urn like this one, only with a stripey tail, to go along with Harri's urn.

He was so happy at my mom's house, with its wall-to-wall carpeting, its huge sliding-glass door/window through which he could watch the scrub jays, mockingbirds and squirrels in the large backyard, its gas fireplace, it's hallway, it's garage that he liked to play in, and its tall cat tree next to more windows to look out of from on high. Taking him out there was the best thing for him. 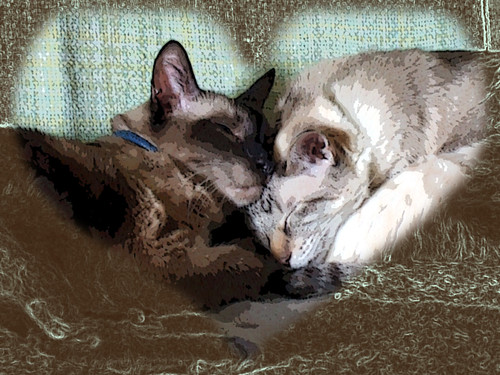 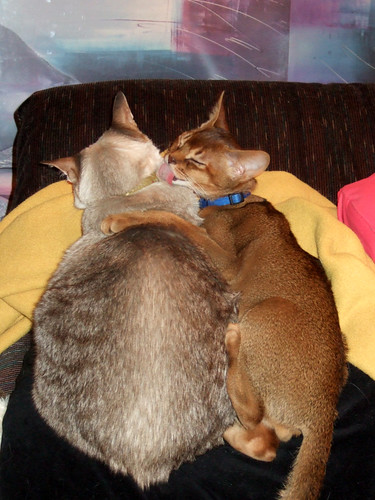 My heart has joined the Thousand, for my friend stopped running today...He hunts with StarClan now.
Collapse