Since it was cold and rainy this morning (yay, April in New England!), I took the T into work. It's a pretty fun trip since we moved to our new office; Aquarium Station has an entrance inside our building, but the Blue Line is the least convenient line to access from the Red Line. I have to go two stops on Red, change to Orange, go one stop, change to Blue, go one stop, and I'm at work.

However, I saw this in Downtown Crossing while changing from Red to Orange, and it cracked me up. 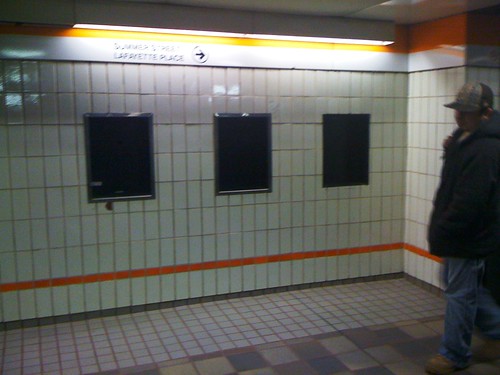 Remember payphones? There used to be a bank of them set into the tiled wall here on the Oak Grove platform. 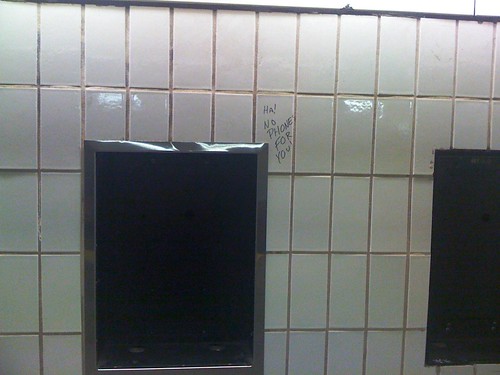 Someone had written something in black Sharpie next to one of the empty payphone holes. 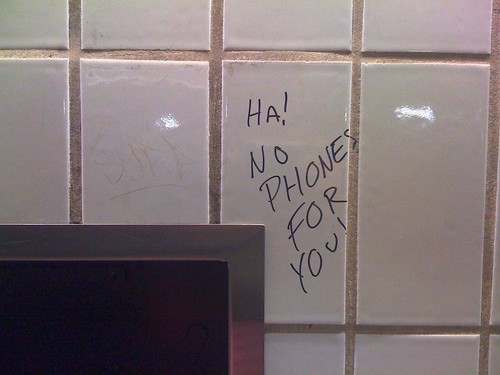 Ha! No phones for you!

I had to use my iPhone for these photos because it was handy. Not bad photos, though, all things considered.

Speaking of iPhones, there's a new app ad on TV lately (I assume this is a national commercial, since I've only seen it during network broadcasts) that talks about a guy's morning commute where he misses his train. Well, the graphics of app he uses to find out when the next one is coming looked...familiar. So I went to the App Store and did a little digging, and sure enough: It's called Mass Transit, and it's a guide to the T (trains and buses), Commuter Rail, and Water Taxi. And it's no wonder: the company that created the app is based in Cambridge.

Granted, it's silly to look up when the next Red Line train is coming at Downtown Crossing during the morning rush hour, but still...kind of awesome to see. And I totally bought the app, too - since Dave's started taking the Commuter Rail to work, I've been riding it once every couple of weeks to meet him after work.

I can't believe I haven't posted these yet! Photos taken with my new Nikon S8000 from the CVS Family Section in left field, section 32, row 7, seat 12. 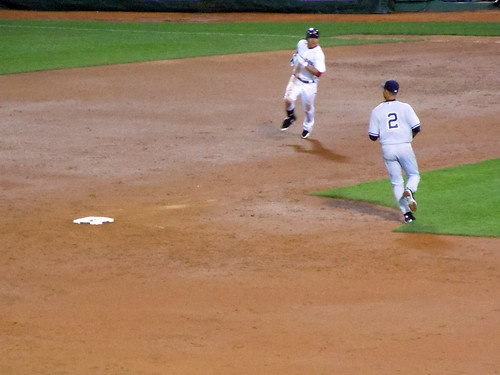 Here are the rest!
Collapse